What is Less Hate, More Speech?

Median Research Centre is developing a research project, Less Hate, More Speech, that aims to detect the circumstances in which online discourse that incites to hate may be diminished and what the motors for such a behavioural change might be.

The innovative aspect of the project lies in the collaboration with a number of important online media outlets (gsp.ro, tolo.ro as well as a website pertaining to the local media). Within the framework of our collaboration they have authorized us to run several online experiments and develop a system that moderates comments.

The comment moderating system was implemented on April 6, 2015 and has both a human and an automated component. The automated moderation functions on the basis of a “bad words” dictionary that automatically detects and mitigates parts of the comments that contain slanderous, aggressive, or hate-inciting words. The content that isn’t automatically detected is filtered by a group of moderators that constantly follow the influx of online comments.

From our first preliminary data we found that only a quarter of the comments need moderation. In the first five months since the implementation of the project, only 47,893 comments out of 215,837 found on gsp.ro were altered, that is 22%.

But the Less Hate, More Speech project means more than just this. This research project, put in place alongside the University of Bergen and Central European University in Budapest and financed through the SEE 2009-2014 Financial Mechanism, aims towards a better understanding of “the factors that influence the tone of discussion in Romania and contribute to the differences or similarities between Romania and Norway in terms of citizens’ reactions to various discursive contexts or signals coming from elites”. These will be pinpointed with the help of a number of online experiments focusing on the citizens, through online comment analysis, trans-national surveys and interviews with journalists as well as political elites. 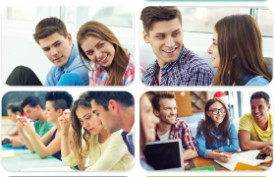 The project is run by Median Research Centre (MRC) in partnership with Educ Association and targets young people between 12 and 17 years old, in order to help them better identify and react to online and offline hate speech.

The project in short